Tuesday, March 13, 2018: President Donald Trump will touch down in San Diego today — his first visit to California as the nation’s leader — with plans to survey the border wall prototypes he commissioned before he meets with military personnel.

His whirlwind tour is expected to only last a few hours, beginning with his arrival aboard Air Force One at Marine Corps Air Station Miramar at 11:30 a.m.

From there he will fly to Brown Field Municipal Airport, then head to the border prototypes on Otay Mesa. He has set aside about 45 minutes for the inspection, according to the White House.

Then, it is back to Miramar, where he is scheduled to give remarks at the Marine base at 2 p.m. In a briefing Monday, Press Secretary Sarah Sanders said Trump will address all five branches of the military.

Watch the LIVE stream and replay of the event below: 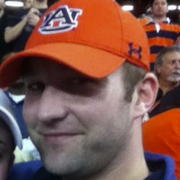