Nashville public schools are going into “lock-out” mode on Monday as authorities intensify the search for a gunman who police said opened fire in a Waffle House restaurant early Sunday, killing four before a customer wrestled the weapon away.

Travis Reinking, 29, who was naked during the shooting except for a green jacket and assault rifle, may have “mental issues,” authorities said. He owns a handgun that authorities have not recovered, Steve Anderson, the Nashville Police chief, said.

More than 80 Nashville officers are joined by officers from the Tennessee Highway Patrol, the FBI and ATF. Reinking was also added to the Tennessee Bureau of Investigation’s Top 10 Most Wanted list.

“He’s on foot,” Anderson said. “Unless he’s been picked up by a car, he would be fairly close. We don’t want to alarm people, but certainly, everybody should take precautions. It could be he’s in an unoccupied house. We want everybody to be concerned. Neighbors should check on each other.”

Search continuing for accused quadruple murderer Travis Reinking. More than 80 MNPD officers are joined this evening by our partners from the THP, FBI & ATF. See Reinking? Please call 615-862-8600 immediately. One of his guns, a pistol, remains unaccounted for. pic.twitter.com/RELswfuFc8

Police believe that he got home and grabbed a pair of pants.

He was last seen on Sunday around a wooded area near an apartment complex where he lived. Metro Nashville Police said early Monday that officers continue the search in the Antioch area, but there have been no credible sightings of Reinking. All schools in the area have been cleared by officers, according to police. 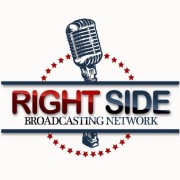