Failed Senate hopeful Beto O’Rourke is expected to hold a counter rally around the same time as President Trump’s first MAGA rally of 2019.

The rally is set to take place Monday in El Paso at a local high school about a mile away from the County Coliseum, which is the venue where the president will host the MAGA rally.

O’Rourke’s counter demonstration is reportedly going to be comprised of a march, coined the March for Truth, which will be held in opposition of border wall construction.

The march will be led by Border Network for Human Rights and Women’s March El Paso.

This comes as reports claim O’Rourke may be considering a bid for the 2020 presidential election.

The dueling events come as Congress continues to negotiate on the border security package in hopes of securing funding for wall construction.

If Capitol Hill does not reach an agreement by Friday, President Trump has made it clear he will likely declare a national emergency to bypass congressional approval.

This will be President Trump’s first rally in El Paso, and seventh in Texas since he launched his presidential campaign. 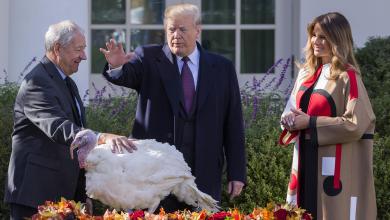