RSBN’s Liz Willis covered the announcement live in Wetumpka, AL as Alabama conservative and fmr Ambassador to Slovenia Lindy Blanchard made a major campaign announcement in her hometown. Ambassador Blanchard announced Tuesday that she would switch from the Alabama US Senate race to the Alabama Governor’s race, challenging incumbent Governor Kay Ivey. 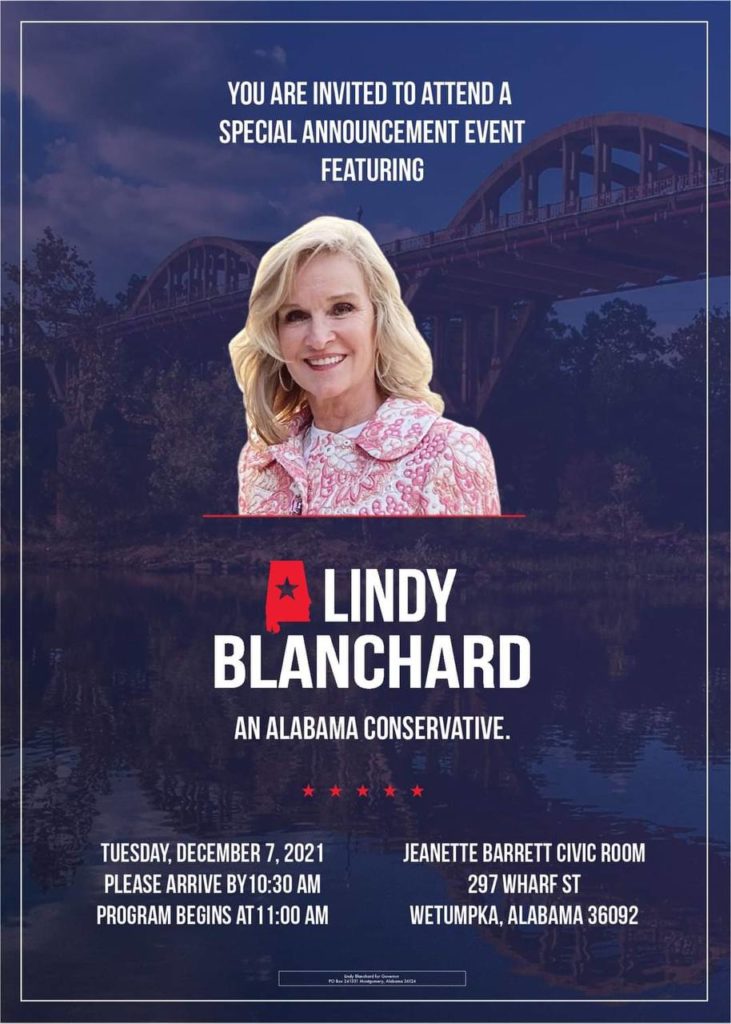 Gallery: Scenes From The Road

@2021 - All Right Reserved. Designed and Developed by RSBN